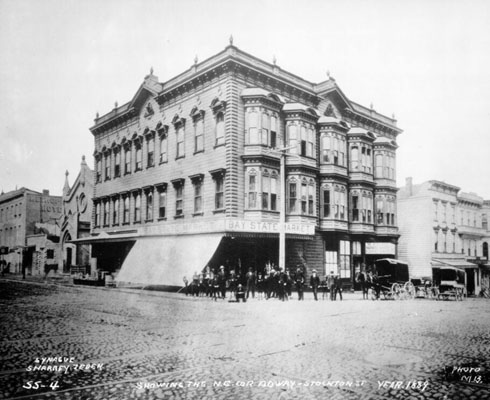 Newlyweds, Francois & Marguerite Gracia, initially lived at 13001/2 Stockton Ave, from 1877. Known as Montreal House, it was a three story lodgings and saloon at the north eastern corner of Stockton & Broadway. Francois aka Frank worked for the Hotel, providing furnished rooms by the night, week or month, and Marguerite, aka Maggie, worked as dressmaker while raising their growing family.

As you will note on the map below, the neighborhood was diverse with hotels, fire stations, laundries, saloons, lodging houses, sausage factory, soft furnishings, furniture store, carriage factory, ball alleys, stables and hay barn, brewery, and an undertaker, all within half a block.

In order to convey the character of Montreal House I identified some of the residents and businesses using the address on 1300 Stockton Street and furthermore found newspaper articles from 1877-1905. With no mentions beyond 1905, it could be assumed the building was demolished ~1905 or perhaps lost in the 1906 earthquake. 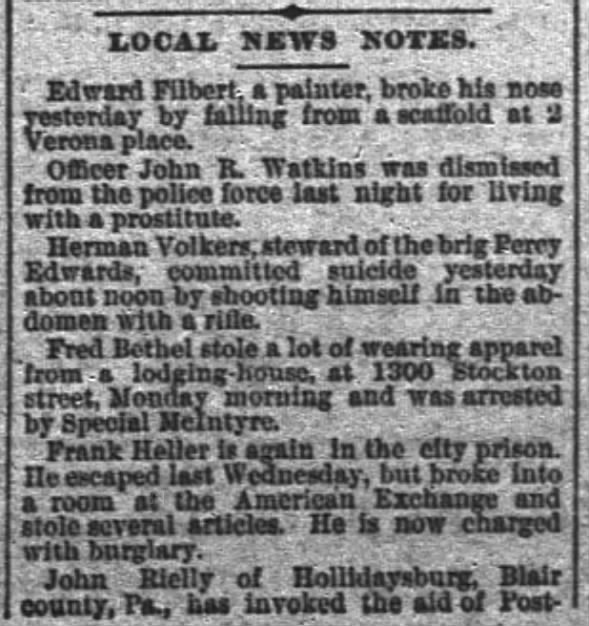 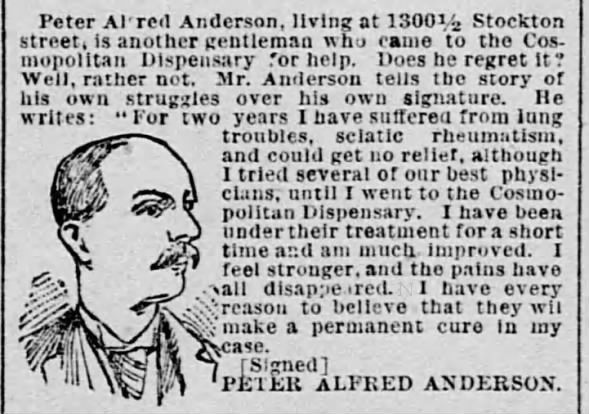 HE TRIED TO KILL OTHERS.

A COUSIN BELIEVES HIM INSANE.

He Had Been Discharged for Using Vulgar Language Before Lady Customers

A young Italian named Eugene Menesiui committed suicide in a sensational manner yesterday morning in the Bay State Market. 1300 Stockton street. Before taking his own life the young man attempted to murder S. Granueci, his employer, and L. Haraut, a man employed in the shop. From the manner in which the suicide acted just before committing the deed it is supposed that he was crazy at tbe lime.
It appears that Menesini had been employed in the butcher business for some months, and was noted for his excitable temperament. On Saturday last he bad a quarrel with Harant over some sheep carcases. Haraut angrily accused Meuesiui of being a liar, and In return Menesini roundly abused Harant in language more profane than choice. There were some lady customers in tbe shop at the time and tbey were so shocked at the abusive language that they left the market.
The row was reported to Mr. Granucci, who at once gave orders that when Menesini appeared for work on Monday morning be was to be told that bis services were no longer required.
A brother of Mr. Granucci opened the she yesterday morning and when Menesini appeared he was told that be had been discharged. Menesini became greatly excited and said he would see Granueci about it. At about a quarter past 6 o’clock Granucci entered the store, and Menesini at once approached him. He pleaded to be reinstated in his position, and said be had not been wholly to blame.
At first Mr. Granucci was inflexible, saying that the young man bad grossly insulted some of the lady customers.
Still Menesini pleaded, and even offered to work without salary.
Finally Granueci told his discharged employe that he would at least have to suspend him for a few days. He could then come around and something might be done for him. With that assurance Menesini left the shop and presumably went to his room, where be procured tbe pistol with which the shooting was done.
Upon his return to the shop he found that Granucci had gone to breakfast, so he sat down to wait for him. It was noticed at this time that be was laboring under strong excitement, but he said nothing that would indicate the nursing of any sanguinary intentions.
At 8:15 o’clock Mr. Granucci again appeared, whereupon Menesini spoke to him once more.
“Won’t you take me back?” he asked of Mr. Granucci.
“I will In a few days,” responded the butcher, “but not before. You needn’t be afraid. I’ll put no one in your place.”
“A few days.” muttered Menesini, as if to himself. “That will be too late. I just might as well go now.”
As he spoke Menesini drew a pistol from his pocket. Quick as was his movement Harant, who was behind the counter, saw it, and knowing that Menesini bad a grudge against him he quickly dropped behind the meat block. Even as he did so Menesini fired a shot in his direction. If he bad been standing be would have been struck, but as it was the bullet was imbedded in the wall.
Harant then jumped through a doorway which opened on Broadway and ran down the street to a neighboring saloon. As be went out the door Menesini fired another shot at him. The bullet struck a cleaver and, glancing, went through the fleeing man’s apron.
Seeing Harant disappear Menesini turned to Granucci and snapped the pistol at him. Luckily it missed fire. Granucci also sought safety in flight. A third shot rang out as he went thiough the door, but the bullet was not aimed at him.
Menesini bad turned tbe pistol to his own head and had blown out his brains. When people who had been attracted by tbe noise of the shooting rushed into tbe shop Menesini was lying on the floor dead, with brains and blood oozing from a frightful hole in his head. The Coroner was notified and the bony was removed to the Morgue.
Menesini was 19 years of age, and came to this country two years ago from Italy, where he was born. He had been in the employ of his cousin, V. Menesini, for some time and later was employed in a Davis-street shop by E. Menesini, an uncle. After being discharged by him Menesini was hired by Granucci. He had not been on good terms with Harant and attributed his discharge to the latter.
His cousin, V. Menesini, stated yesterday that be thoroughly believed Eugene was crazy and that there was no real cause other than this for his assault on Granucci and Harant. 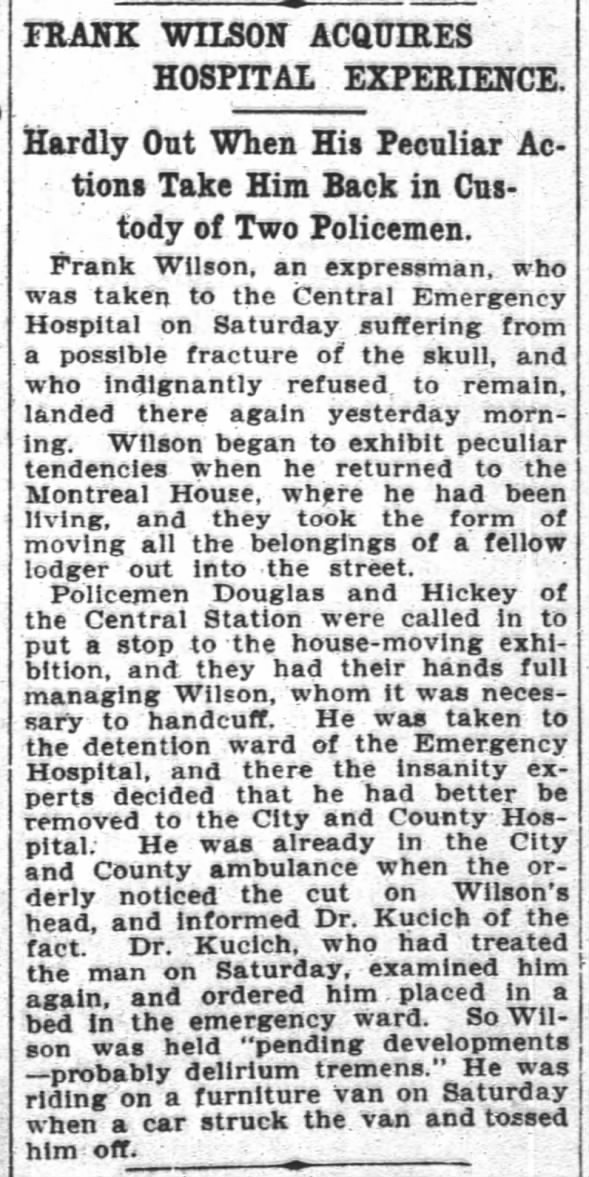