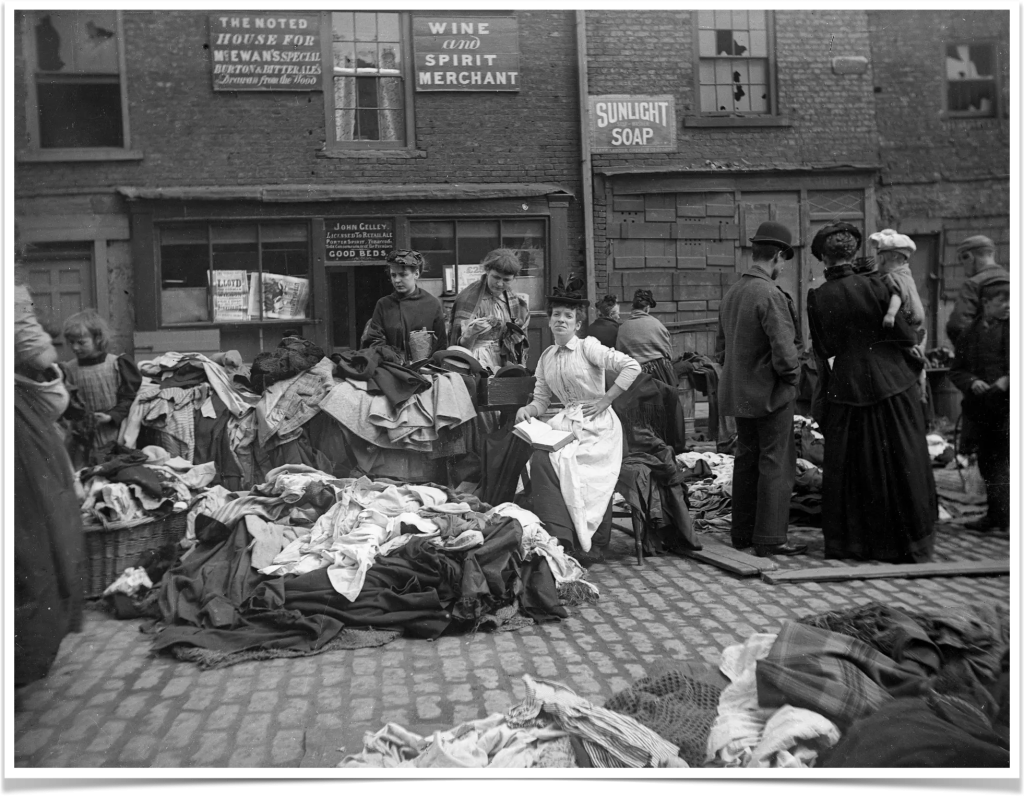 John Thomas ONIONS was born in Gateshead to an unwed mother, Martha, 21 September 1842. He was 2 years old when his mother married but was still listed as John Thomas Onions in his grandfather’s last will and testament in 1845.

Until the Legitimacy Act of 1926, illegitimate children had no legal kin except their mother, a decisive impediment in matters of property inheritance and poor law settlement, hence the reason why he was named in his grandfather’s will.

By 1851, 8 year old John Thomas Edgar, having adopted the name of his step father, was living in a tenement on Lambton Street, Gateshead, with three younger half-siblings, and attending school.

Tragedy struck the family during a cholera outbreak in September 1853 when John Thomas’ step-father, John Edgar and his grandfather, Benjamin Onions, both died. John Thomas was only 11 and his four siblings were aged between 1 and 7 years.

Despite the loss of his male parental figures, John Thomas was employed as an engine wright, repairing steam engines, by the age of 18. He lived with his mother, Martha 38, who worked as a shop keeper, while raising four school-age children, and collected additional income from two lodgers.

In 1867, 24 year old John Thomas married a very pregnant 17 year old Ann LUMSDON in Newcastle-upon-Tyne. Pregnant brides were not an uncommon sight in Victorian England. The young couple moved into a refreshment house in Neville Arcade, owned by Ann’s father. Within three months, their first child, Jane Ann, was born.

Ann LUMSDON was born 21 July 1849 in Alnwick, Northumberland, the youngest of nine children, to Jane SUMMERS & John LUMSDON. The family moved to Newcastle-upon-Tyne in the mid-1850’s, where John started an occupation of refreshment house keeper, licensed to sell ale and porter. The family lived in the eating house in Cloth Market and shortly thereafter acquired a second business in Neville Arcade.

After thirteen years together, John Thomas & Ann moved their growing family of five children to York in 1880 where John Thomas was employed as a fitter on the railways. Their sixth child, William, was born in the Loriman’s Buildings, in the parish of St Mary Bishopshill, the first of three tenements on Price Street occupied by the family.

While the Irish immigrants had helped to swell the ranks of the really poor in York during the mid 19th century, the skilled clerks and railway workers, such as John Thomas, formed the other main class of immigrants that became the backbone of a class of prosperous artisans.

They lived alongside the poorer classes in their own colonies near the railway works, out along the Holgate and Acomb Roads. Oxford and Cambridge Streets, Rosary Terrace, and Providence Place off the Holgate Road were heavily settled by railway workers.

No. 3 Rosary Terrace, a mid-Victorian terrace, was the family home to the Edgars, from the mid 1890’s onwards. The home was convenient for John Thomas’ employment as a Carriage Fitter and Engine Fitter for the Railways until his retirement around 1910. Once their children were out of school, Ann took up the role of Postmaster and the couple made their final move, two streets down, to Stafford Place (too small to appear on the map).

John Thomas lived until the ripe old age of 81, finally succumbing at home in 1924, with the cause of death listed as cerebral hemorrhage and heart failure.

Ann followed a little over a year later in 1925, suffering from chronic bronchitis and ultimately cardiac arrest, age 75, with her son James Albert Edgar in attendance.