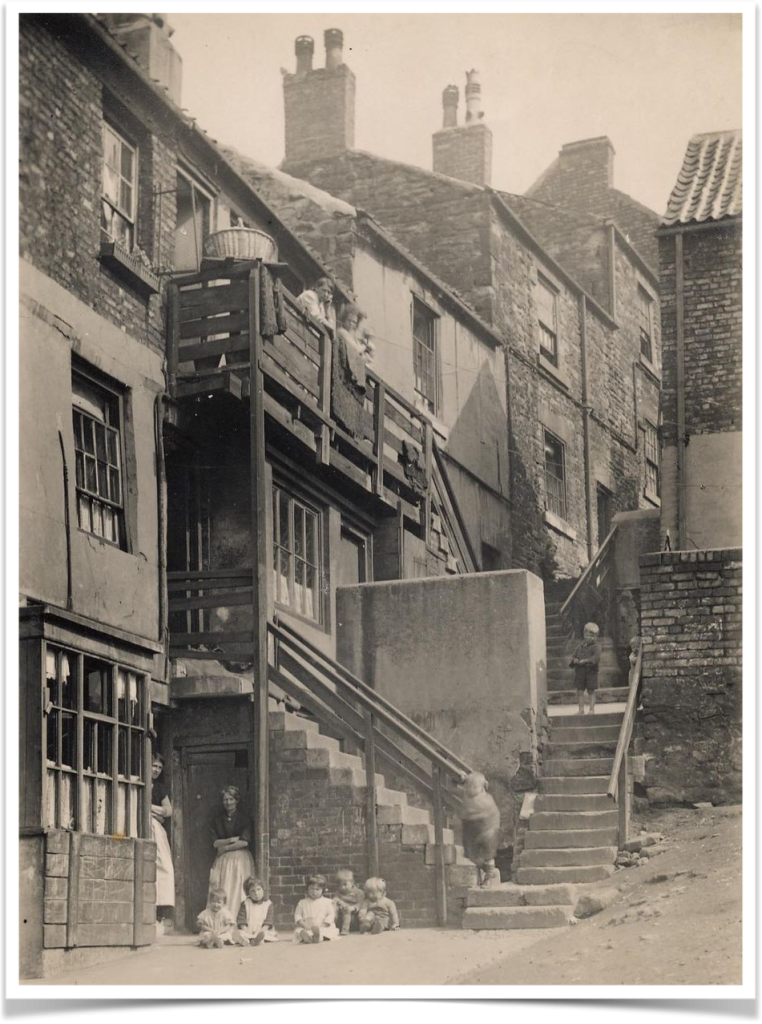 Martha Edgerton ONIONS was born in Oak Green, West Bromwich, Staffordshire, and baptised 22 February 1822 at All Saints Church, by her parents Jemima ABEL & Benjamin ONIONS. Martha relocated (walked) north to Gateshead with her family when she was only 4 years old. However there are no records until she is next documented in the 1841 census, age 19 living with, or in domestic service for, the Homes family of Kingswinford, Staffordshire.

The following year, Martha gives birth to her first son, John Thomas ONIONS, 21 September 1842, in her parents home on Pollock Street, Gateshead, County Durham. No father is listed on the birth certificate.

Illegitimacy in England was never common, the number of such births in the past usually being under 2%, however, by the 1840’s the number of illegitimate children had slowly increased to 7% of births, when about a third of women were pregnant at marriage. With the introduction of civil registration of births in 1837, the birth certificates of illegitimate children usually show only the name of the mother, who is the informant, though the name of the father may sometimes appear.

Prior to 1834 unwed mothers had been legally entitled to receive support from the fathers of their children and government support from the Poor Laws. After 1834, with parliament’s introduction of the Bastardy Laws, the avenues of attaining support were, for all practical purposes, cut off and the unwed mother could receive aid only by entering the workhouse. The advocates of the reforms asserted that the new laws would act as a deterrent to bastardy. They believed that a woman would be less likely to engage in pre-marital sexual relationships if she knew she would be ultimately solely responsible for the support of the resultant child. The situation facing unwed mothers, which had always been grim, now became desperate. It would take decades to reform and repeal the Bastardy Laws.

With no legal recourse against the father of the child, returning home to the support of her family was Martha’s only option when she discovered her pregnancy. If Martha had entered the workhouse she would have likely been separated from her child.

John Edgar was born in Allendale, Northumberland, a village 30 miles inland from Gateshead, famed for lead-mining and smelting since Roman times. As an engine wright he worked on the steam engines which were powering the factories of Tyneside. Tragically John died during the cholera epidemic 1853, the same epidemic which took his father-in-law, Benjamin Onions. Martha lost her husband and father within a fortnight; left widowed with five children between the ages of 1 and 11 years to support.

As a widow raising a family, Martha took employment as a shop keeper and hosted lodgers to supplement the family income. Martha’s sixth and final child, James, was born illegitimate
in 1857.

For at least the last 20 years of her life, Martha was dependent on her sons to support her, at various addresses around Gateshead, splitting tenements with other families and sharing their own room(s) with lodgers.

The Victorian tenements of Gateshead were up to five storeys and lined narrow streets and alleys. Not until the Housing Act of 1930 was Gateshead City Council given much greater legal power to deal with slum housing, to acquire houses by compulsory purchase order and demolish them.

“Sanitation was medieval, with industrial and human waste thrown into the street … it was necessary to carry out a massive improvement programme, but this resulted in the loss of much of old Gateshead.”

Simon Green, central services librarian for Gateshead, added: “When these pictures were taken, the town had some of the worst slum areas in the country.  Some of the road names – Garden Street, Sun Street, and Rhubarb Terrace – make them sound quite pleasant, but they weren’t.”

Martha’s final residence was in Lamesley, south of Gateshead, living with her son William Edgar, a book keeper, and his family. The cause of death was listed as paralysis and asthma, age 68, 1 May 1890.