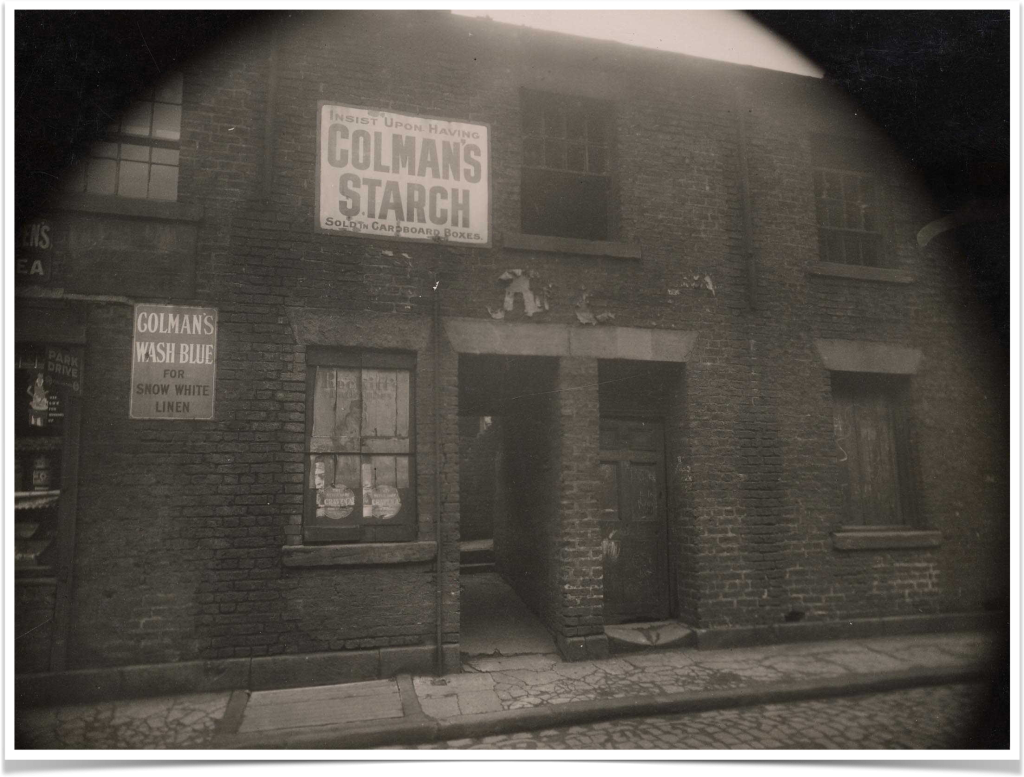 Benjamin ONIONS was born 1795 on the cusp of the Georgian and Regency Eras in the parish of Dawley Magna, Shropshire, to parents William ONIONS & Margaret KING, and baptized at Holy Trinity Church. The industrial revolution had thrust Shropshire forward as a centre for the iron industry.

Dawley Magna’s ironworks used the locally mined ironstone and coal, employed hundreds of men, and produced cast iron for use in the burgeoning manufactories of the Black Country, including the construction of the first iron bridge at Iron Bridge, just a few miles away.

Benjamin, a cast iron tinner, moved 25 miles to West Bromwich for employment at one of a dozen iron works, producing tin ware — tinned cast iron hollow-wares such as cooking pots, kettles, and skillets.

Jemima ABEL from Oldbury, Staffordshire, born 1797 was the fourth of five children raised by William ABEL & Martha TONKS, and baptized in Christ Church, Oldbury. Her father, William, was a Tinner, like her future husband, in the ironworks in neighbouring West Bromwich. He had migrated from the village of Bredon, Worcestershire, at the outset of the industrial revolution. Martha, her mother, came from a family of nailers, producing hand-wrought nails. The trade reached its greatest prosperity in the late 18th century, West Bromwich being one of the principal nail-manufacturing parishes in the Black Country.

Benjamin & Jemima grew up in turbulent times. World affairs were impacting the local industries. Britain’s ongoing political posturing with the newly independent USA resulted in blockades of French and allied ports, and ultimately the War of 1812, which reduced international demand for Black Country products. Furthermore automation of traditional skills such as the the invention of machine cut nails, reduced the need for a skilled workforce.

Scroll forward to 1819 and the country was suffering from a Post-Napoleonic depression. Innovation driven by the Napoleonic Wars (1803-1815) had been followed by chronic economic depression and rising unemployment. Exacerbated by the Corn Laws, which imposed tariffs on foreign grain raised prices, and harvest failures in England, the cost of bread was high and food prices were rising. As a result the urban populations were organizing mass rallies to demand reforms.

In this dire economic and social climate, Benjamin and Jemima, married at St John the Baptist’s Parish Church, Halesowen, 21 March 1819, just like her parents had 34 years earlier. Jemima & Benjamin settled in West Bromwich and had four children between 1820-1826. Tragically the fourth child, Jemima, died within a couple of weeks.

The urban experience in the midst of the industrial revolution would not have been enjoyable as portrayed by this contemporary description of the Black Country landscape and working conditions.

… the houses, for the most part, are not arranged in continuous streets, but are interspaced with blazing furnaces, heaps of burning coal in process of coking, piles of ironstone calcining, forges, pit-banks, and engine chimneys; the country being besides intersected with canals, crossing each other at various levels, and small remaining patches of the surface soil occupied with fields of grass or corn, intermingled with heaps of the refuse of mines or the slag from the blast furnaces. Sometimes the road passes between mounds of refuse from the pits, like a deep cutting on a railway; at others it runs like a causeway, raised some feet above the field on either side, which have subsided by the excavation of minerals beneath…

The family’s relocation to Gateshead in late 1826 could have been triggered by the death of their child, Jemima’s latest pregnancy, the unhealthy environment, social instability, or the opportunity of better employment with the burgeoning age of steam. Setting out on a 200 mile journey with a pregnant wife, and young family aged 2-6 years, demonstrates either the desperation of their situation, or the confidence with which they could relocate from the Black Country to Tyneside. Transport options were limited to road or canal, as the first public railways such as the Stockton and Darlington, which opened in 1825, only operated a local service. Carrying all their possessions, the family most likely walked the 200 mile journey over the course of a month.

When the Onions family eventually arrived in Gateshead, they were greeted by the Georgian squalor of Barns Close, Pollock Street, the center of the city, and their home for their first decade in Tyneside.

Rebecca, the child Jemima carried on the road from West Bromwich, was born in Gateshead and baptised on Christmas Day 1826. Four more children followed over the next decade, nine in total, of which seven survived childhood.

After almost 25 years in Gateshead, the family relocated over the river Tyne to Forth Banks, Newcastle-upon Tyne, where Benjamin continued work as a tinner and mounter at one of the half dozen Iron Works or Engine Works in the waterfront neighbourhood. This industrial landscape included George Stephenson’s Engine Works where they built the first steam locomotive, the Rocket.

Benjamin Onions died, 19 September 1853, in the midst of England’s worst cholera outbreak in Newcastle upon Tyne, shortly after the government officially announced that a cholera epidemic was claiming victims in London and in other parts of the country

Transmission of cholera is usually through contaminated food or water caused by poor sanitation. Today, most cholera cases in developed countries are a result of transmission by food, while in the developing world it is more often water. The rapid spread of the 1853 epidemic was caused by contaminated water.

The water company, supplying both Newcastle and Gateshead, in order to meet the demands from a growing city, mixed unfiltered water from the River Tyne with its clean water source, leading to a supply polluted with particles from the collieries, iron foundries, and effluent from villages upstream. As a result, the disease spread to an extent almost unprecedented in this country. In nine weeks there were 1,533 deaths, 1001 of which concentrated from 13—23 September.

The lowest streets in Newcastle and Gateshead are about five feet above high-water mark; and only a few streets are situated at this level, for the banks rise very abruptly, at a little distance from the river, on both sides. A great portion of each town is elevated nearly 200 feet above the river, and some parts are nearly 300 feet high; yet the Water Company supplies all these districts, and all were severely visited by the cholera, which on this occasion spared no class of the community. In the districts which are most crowded, the mortality was greatest, the deaths being much more numerous, in the parishes which contained a great number of tenements consisting of a single room, than in those which consisted chiefly of houses occupied by one family. This, however, is quite in accordance with the principles which I am throughout endeavoring to explain. A great deal of stress is laid, very properly, by the Commissioners who have reported respecting this outbreak, on the ill-arranged buildings, the defective drainage, and want of privy accommodation, in Newcastle; but it must be remembered that all these evils existed in 1849, when Newcastle escaped with less cholera than most towns…

On the Mode of Communication of Cholera by John Snow, M.D

In consequence of a great public outcry, who naturally connected the great fatalities from cholera with the turbidity and offensive smell of the drinking water, the Water Company ceased to draw water from the River Tyne 15th September; and although the Tyne water was not entirely out of the pipes for a day or two, the deaths, which had been rapidly increasing, began to diminish on the 17th, and were reduced  considerably by the 20th.

Unusual for a working class family, Benjamin had drawn up a last will and testament. In the snippet below you will notice Benjamin’s name written by his own hand.

Unfortunately, 7 years later, at the time of Benjamin’s death, both of the executors and witnesses to the will had died. The family had to wait a further 8 years to complete the probate process. 59 years of age may appear young but is quite impressive when considering his 40 year career in the iron foundries and living in the less than hygienic slums.

The widowed Jemima Onions lived out her final years in a multi-story tenement on Wellington Street opposite Gateshead Railway Station. After twelve months of paralysis Jemima passed away under the care of her daughter-in-law Ann, in September 1869, aged 72 years.