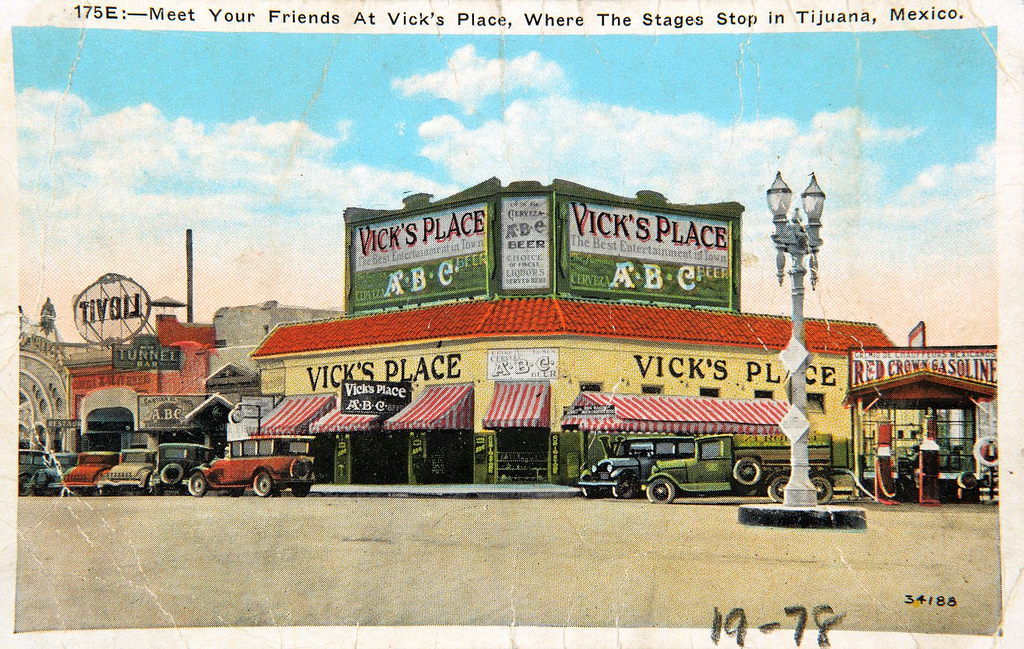 The Marchetti & Togliatti families emigrated from Northern Italy in order to earn their fortune in Utah’s silver rush of the late 1800’s. With sufficient funds procured from running a boarding house and general store, the families headed to California and established Home Ranch and vineyard in Uvas Creek, near Morgan Hill.

Within a decade the family’s future was jeopardized by the passing of the Eighteenth Amendment to the United States Constitution in 1920. This enabled legislation, known as the Volstead Act, to enforce the federal ban of alcoholic beverages.

In order to protect their stockpile of aged barrels of wine they shipped it to Tijuana, Mexico, into the cellar of Vick’s Place. Grape juice production, however, was not impacted, and I suspect that is how the ranch continued operating.

Grape juice was not restricted by Prohibition, even though if it was allowed to sit for sixty days it would ferment and turn to wine with a twelve percent alcohol content. Many folks took advantage of this as grape juice output quadrupled during the Prohibition era.

Prohibition in the United States, Wikipedia

Vick’s Place was one of the premiere destinations for Americans crossing the border from California for entertainment in Tijuana.

The whole family appear to have visited Vick’s Place, with multiple border crossings, supported by photographs of their experiences. In fact, family lore states that Big Mary, James’ mother, actually suffered a heart attack in Vick’s Place during the summer of 1933. Vick managed to grease some palms and Big Mary was returned to James’ home in San Diego where her death was recorded.

MEXICO: Death of Aunt Jane.
The dusty air of Tijuana echoed last week with the sharp sound of hammer blows. The bartenders of three of the biggest saloons in town — Vick’s Place, the Midnight Follies, the Blue Fox — were nailing up the shutters. For Tijuana, which in Spanish means Aunt Jane, death seemed drawing near. One of the most colorful results of U.S. Prohibition was the growth of a chain of drinking and gambling resorts stretching all the 1,600 miles of the Mexican border.

After prohibition Vick’s was relocated to San Diego’s Third Avenue aka ‘Neon Row’ and the sailor’s entertainment district. It’s bars, cafes, nightclubs and other mob-controlled businesses catered to navy men with a fresh paycheck looking for a good time.

In addition to Vick’s Cafe, James took the role of secretary treasurer of Vick’s Distributing Company, with their initial inventory coming from the stockpiles of vintage Marchetti Vineyards wines in Tijuana!

Down the street was Vick’s Cafe, established by Victor Delu and brother-in-law James Marchetti. DeLu closed his Vick’s Place in Tijuana, opened up the cafe in San Diego, and established Vick’s Distributing Company with all his Tijuana stockpiles of vintage wines from Marchetti vineyards.

Researching family stories, it is a rare moment to see candid photographs of our grand parents or great grandparents having fun!

James & Vick’s partnership continued through the 1930’s until James relocated his family to Ventura, California, to try his hand at oil speculation.