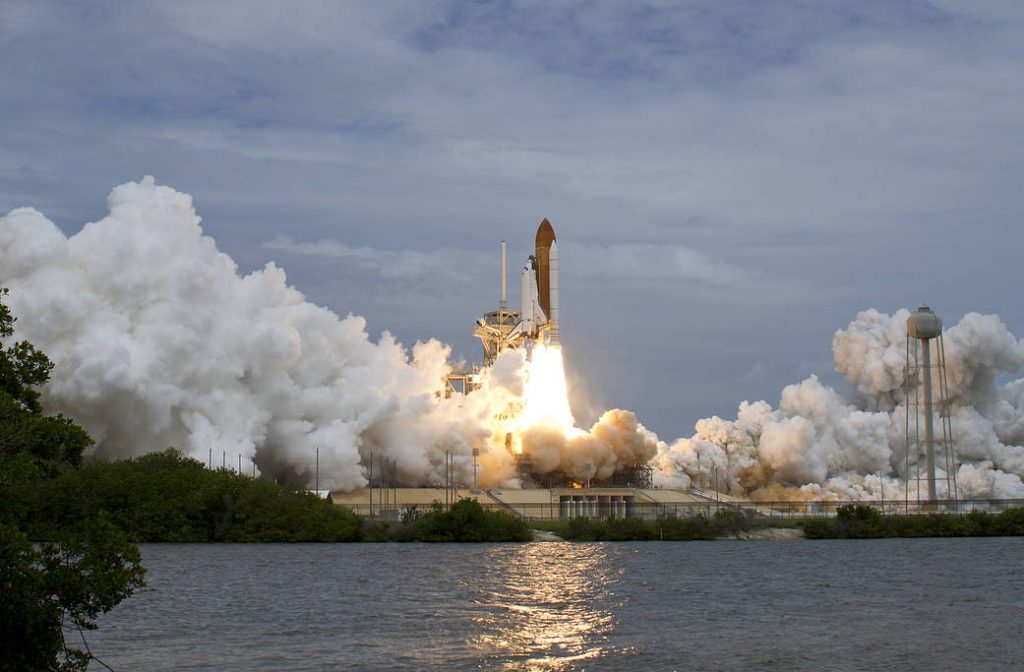 We had never experienced a rocket launch. It was the summer of 2011 and purely by coincidence we had flown from England to visit family in Florida in the same week STS-135 was scheduled to launch. This was the 135th and final mission for NASA’s Space Shuttle program.

The NASA shuttle program had been the space program of my life. The Apollo program wrapped up before I was born and there had been no manned space flight between 1972 and first shuttle mission in 1981. Our desire for knowledge in the interim was sated by the unmanned probes like Viking and Voyager delivering amazing images which became part of our school curriculum and Star Trek: The Motion Picture!

However, the image of manned rockets, specifically re-usable spacecraft, had been the promise of a generation. Arthur C Clark’s space adventures were a fixture of my youth… in addition to films like James Bond’s Moonraker, Buck Rogers in the 25th Century, Space Camp, Deep Impact, Armageddon, Space Cowboys, The Core, and many more…

Jumping in our rented Ford Mustang in the early hours of the morning, we left Amelia Island top down and raced 200 miles south on I-95. Three hours of driving was completed in just over two and we arrived at the beach town of Titusville. The streets were doubled parked and every front yard repurposed as an ad hoc parking lot. We were still 12 miles as the crow flies from Cape Canaveral, however in the 21st Century, this is as close as the general public can access.

A man in an old wife beater waved us onto his front lawn, asking how much for parking, he responded “No charge. Everyone should be able to experience a Shuttle launch.”

Hiking another mile south along the Coastal Highway, we found space at the foot of Max Brewer Bridge, which gave us a distant view of the launch pad and a white dot which our fellow watchers assured us was the Space Shuttle. It was just after 11:00am, the crowds were gathering, and the countdown ticked down below 30 minutes.

Tension, excitement, and anticipation, along with the relief of arriving in time for the launch, kept us on edge as we waited… The memory of the launch was initially underwhelming and the following events are most likely out of order as try to assemble the memories into a narrative.

The mono transmission on the radio crackled with the final countdown, apparently on a time delay, as a mass of white smoke or steam erupted from the launch pad until I realized the engines had ignited ahead of lift-off. The distant white smudge was consumed in its own smoke before it appeared to lift lazily into the Floridian haze. The white smoke and steam connected the shuttle to the ground like an ever-extending leash until the vehicle rolled and released its boosters… Then the true impact of the launch was the arrival of the noise. The shuttle launch hit us like a punch in the gut as the wave of sound energy can travel up to 40 miles from the launch pad.

Unforgettable. Inspirational. I hope I have the chance to experience an Artemis Rocket launch in the coming years.